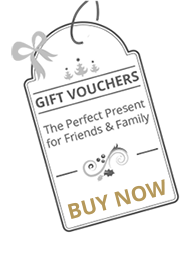 Visitng local attractions in Tipperary, stay with us here at the 4 star Anner Hotel, where our private grounds are surrounded by beautifully manicured gardens,

Tipperary seems to have been at one time a county that was the hub of ancient architecture as it is now littered with castles and ancient buildings from the medieval and celtic collection of ruins at the Rock of Cashel which have sweeping pastoral views to Cahir Castle which is an imposing 12th-century fortress sitting on an island in the River Suir.

The Rock of Cashel desribed by Lonely Planet as "one of Ireland's most spectacular historic sites: a prominent green hill, banded with limestone outcrops, rising from a grassy plain and bristling with ancient fortifications" is well worth a visit and is open all year round only closing between 24th and 26th of December.

Swiss Cottage in Cahir which is a beautifully constructed “Cottage Orné” built in the 1800. It houses a stylish spiral staircase and detailed Parisian wallpaper manufactured by the Dufour factory. Well worth a visit as the house is inspired by nature and this is evident in such things as the curving thached roof, the external woodwork resembling branched trees, and the natural themes on the wallpaper and other internal furnishings.

Holycross Abbey is part of Ireland's Ancient East trail and guided tours of the Abbey are available every Wednesday and Sunday at 2.30pm, March to September inclusive.

Nenagh Castle rising to a height of 100 feet,Nenagh Castle boasts the finest cylindrical keep in Ireland.The castle was initially built as a military castle between 1200 and 1220. It was at Nenagh Castle in 1336, that a peace treaty was signed between James the 1st Earl of Ormond and a representative of the O'Kennedy family.More than 600 years later the treaty was preseted as a gift to US President John F Kennedy during his state visit to Ireland in 1963. It is now housed in the JFK library in Massachusetts.

The medieval landmark is hughely significant to Ireland's histoical past. a treasure of Ireland's Ancient East not to be missed . Free admission and free guided tours. 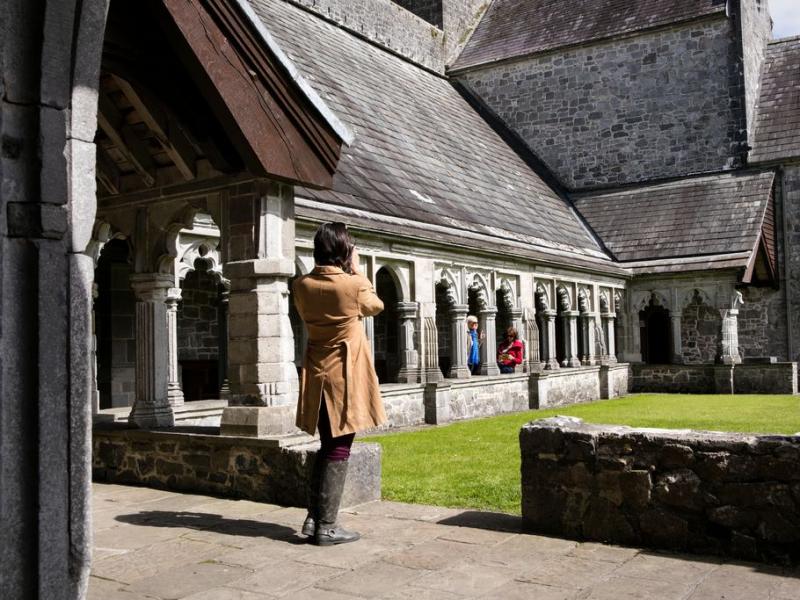 Holy Cross AbbeyWalk in the footsteps of MonksLocated just 7 km from The Anner Hotel Holycross Abbey spans 10 centuries of a changing social, political and religious landscape, in the very heart of Ireland.
Stay with Us 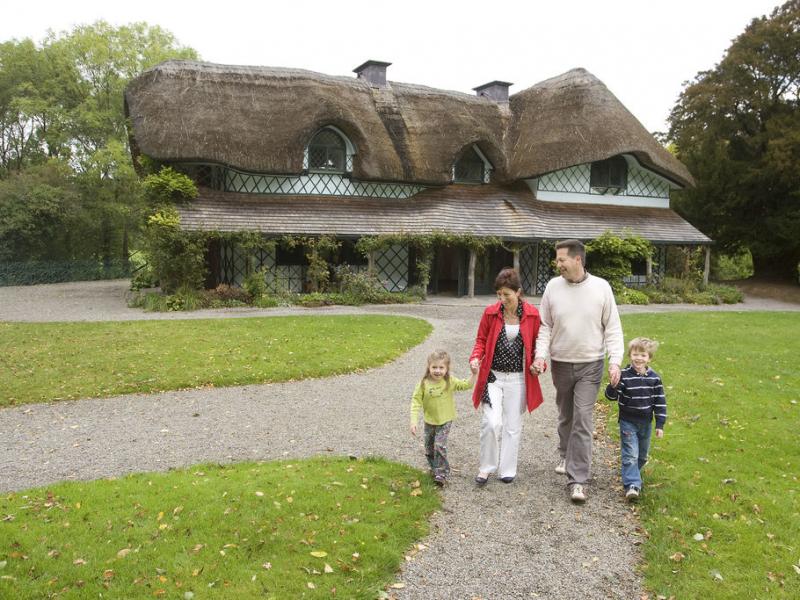 Swiss Cottage CahirBuilt in the 1800's by Richard ButlerIt's interior contains a graceful spiral staircase and some elegantly decorated rooms. Well worth a visit and just 30 minutes drive from us here at the 4 star Anner Hotel Thurles
Stay with Us 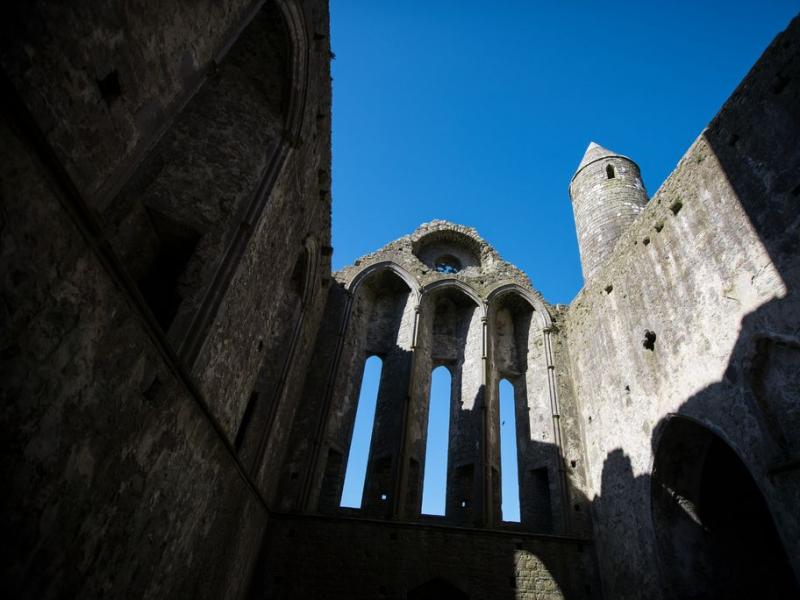 Rock of CashelAlso known as Cashel of the KingsAccording to local legends, the Rock of Cashel originated in the Devil's Bit, a mountain 30 km north of Cashel when St. Patrick banished Satan from a cave, resulting in the Rock's landing in Cashel.
Stay with Us 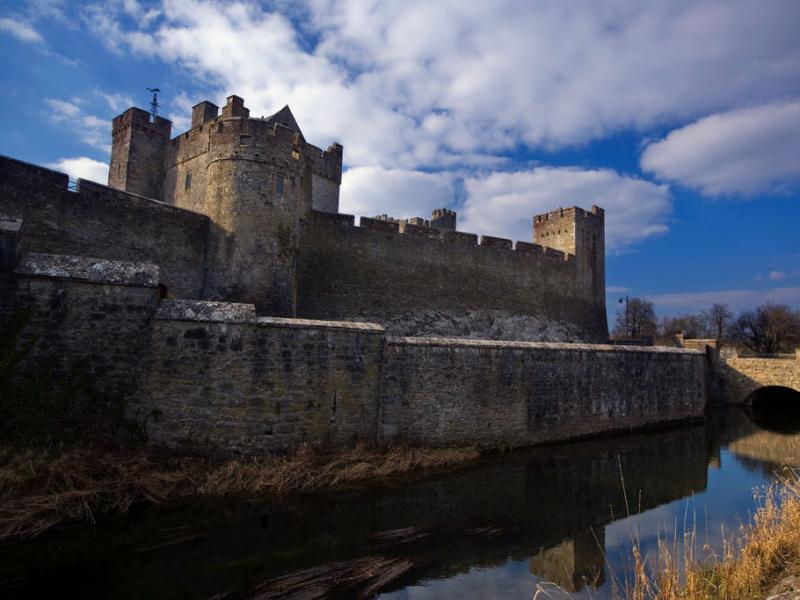 Cahir CastleSituated on an island in the River SuirThe core structure of the castle dates to construction in the 13th century by the O'Brien family. It was used as a location for a battle scene in the film Excalibur and for the TV series The Tudors.
Stay with us 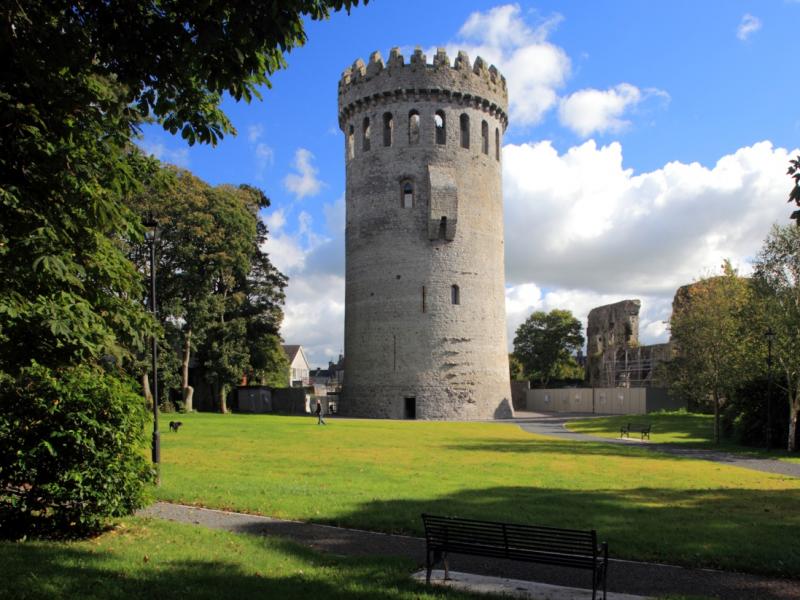 Nenagh CastleNenagh Castle rising to a height of 100 feet,Nenagh The castle was initially built as a military castle between 1200 and 1220.
Stay with us
Scroll Down